There are few things likely to cause more stress to a homeowner than a dispute over the location of a boundary. It can arise at any time, and often over a small and simple change or comment. Two neighbours that otherwise have maintained good relations for many years, or a new neighbour moving in, must both have the same understanding as to the whereabouts of the boundary line – and agree to it!

For this case study we will look at a situation where two neighbours disagreed over the position of a boundary line after a hedge had been removed. The hedge had been treated as the boundary by two properties, one to the north and one to the south in a road of semi-detached houses built around 1930. South had been in residence for 15 years, North had moved in only 3 years ago. They were not a joined pair, but occupied the land either side of a double driveway.

North had hired a garden designer to do a complete make-over of the rear garden, and as part of the works the hedge between the two gardens was to be replaced with a fence – albeit a very smart, hand crafted one. The problem North made was not consulting their neighbour about their plans, and when South arrived home one evening the hedge was gone.

In a joint statement by the Land Registry and the Ordnance Survey on the gov.uk website it is stated: England and Wales operates a ‘general boundaries’ system of land registration. A title plan with ‘general boundaries’ shows the boundary of a property in relation to a given physical feature on the ground such as a wall or hedge as identified on the Ordnance Survey map. The red edging on a Land Registry title plan is therefore not definitive as to the precise position of the boundaries. For this reason official copies of title plans carry the following warning “This title plan shows the general position of the boundaries: it does not show the exact line of the boundaries. Measurements scaled from this plan may not match measurements between the same points on the ground.“

Land Registry is unable to tell you precisely where a property boundary is located. Therefore, any Title Plan relying on an Ordnance Survey map is showing a General Boundary and is not an accurate description of the boundary line itself.

GEOSIGHT was called in as a Single Joint Expert to make a ruling on behalf of both parties. We carried out a detailed survey of the surrounding area and read through the conveyances and title plans.

In their representation of the land, the Ordnance Survey does not show the width of a hedge, only a line down the centre, and even that is generalised. At a scale of 1:1250, the common scale maps showing roads and houses are printed at, the width of a line on the page can represent an area up to 300mm wide on the ground. So we have a situation where the boundary line is somewhere within a 300mm passage, and that route of that passage is not clearly defined.

In our investigation we looked not only at the legal documentation but at the surrounding houses. Almost every similar boundary line up and down the road was situated midway between the two houses. Where it differed the houses were at an angle as the road curved. A letter was sent to the Ordnance Survey querying their map, and their reply confirmed that an error had been made. The line depicting the hedge should indeed be midway between the houses, not offset as shown.

GEOSIGHT concluded, having looked at all the evidence, that the boundary line shown on South’s documents was correct. The two neighbours kept their agreement to abide by the Single Joint Expert decision and the fence was moved.

Our advice, always, is to raise any query over boundaries with your neighbour immediately, and once a decision is reached, both sign a boundary agreement confirming the outcome. Better still, make a determined boundary application to Land Registry so that there can be no further disagreement in the future. 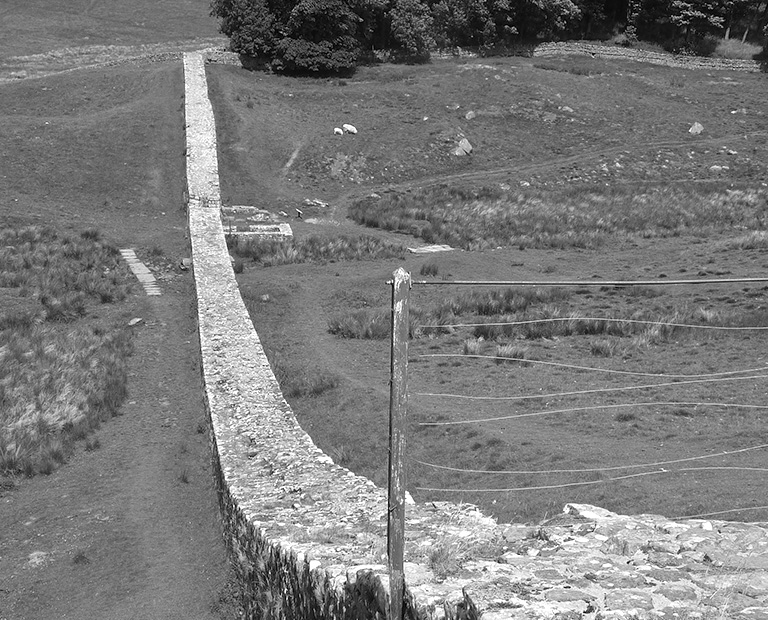