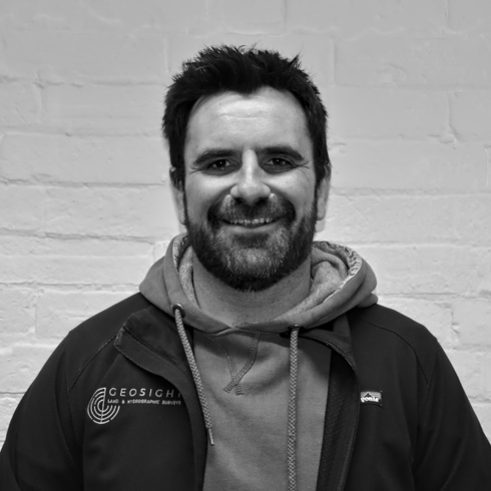 Jack has 14 years of multi-disciplinary survey experience, starting his career as a Hydrographic Surveyor in the Royal Navy, Jack gained experience in a multitude of diverse environments, ranging from the deep expanse of the North Atlantic to the shallow, uncharted harbours of Antarctica.

Expanding his growing portfolio, Jack began surveying within the commercial Oil & Gas industries, before making the leap from water to land starting a new role as a junior land surveyor.

Jack quickly climbed the ladder and was shortly tasked with managing his own survey projects in Norfolk, dealing with a range of clients from large multi-national organisations to individual homeowners. He also has extensive experience of setting out for construction, working for one of the largest Civil Engineering firms in East Anglia.

Outside of work, Jack is kept busiest by his 3 young children, dog Otis and likes to kid himself that he can still be competitive at his favourite sports of rugby and cricket.